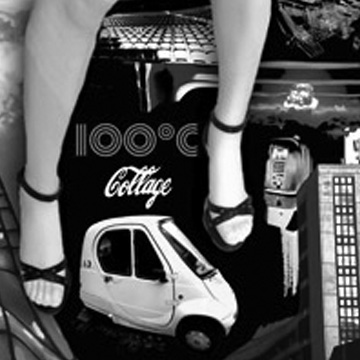 Accounting for the month were marianske-spa group of 100 ° C in recording their sign, for the second, album. The shooting took place alternately in Prague and Karlovy Vary Sono study Gunjah. Thirteen new songs yet represents a single pilot Even that in itself indicates the direction the band is going and how his musical style honed and beautifully kept mature at various concerts. Compared to Evergreen debut album is forthcoming new richer keyboards, which supplied more recordings, in this case, positive dimension. Still, however, is a unique musical and stylistic collage, which this time is confirmed by the band jokingly called plates. In this spirit it was intended and album art.