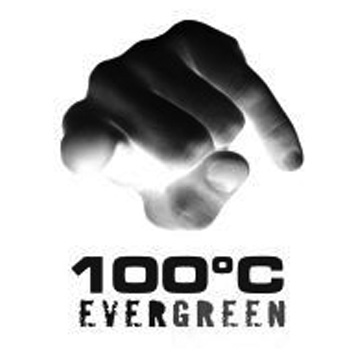 THE BAND FROM MARIÁNSKÉ LÁZNĚ, WHICH WON THE FIRST YEAR OF COCA COLA POPSTAR COMPETITION, HAS MARKED A SUBSTANTIAL TRANSITION FOR MORE THAN TWO YEARS THE 100 °C BAND HAVE CONCENTRATED ON COMPOSING NEW SONGS FOR THEIR DEBUT ALBUM EVERGREEN

Forget the cliche " verse -chorus - verse -chorus " - his boundless style had even put its own precedent. Composing confuse the audience and the organizers - than the performance is boiling . A group of 100 ° C has a extra chunk of defiance with which he breaks all existing " rules of sound the music business ," even bigger piece of the honesty with which to destruction throws a megakus ram sincerity that made ​​it possible. A top musical talent . And talent , on stage all its advantages conceal seductive casualness with which to conquer the world and the girl's heart . 100 ° C , despite its low average age (21 years old ) have had a series of successes. This is the final victory in the first year of the Coca Cola PopStar , where 100 ° C triumphed over incredible number (767 ! ) Competitors.

13- evergreen producers have become one of the most talented artists of today's " young music scene " - John Čechtický (Ohm Square ) and yards Helešic ( Support Lesbiens ) . The combination of these two different perspectives on the recording along with a healthy youthful ferocity 100 ° C ensures that we will not bore you with the recordings . And as all the happenings around sees the band ? "I still do the same thing and actually we are still at the beginning . Just now we want to make our debut album people liked - nepodbízí , but awakens different emotions . And is it hidden secrets. "