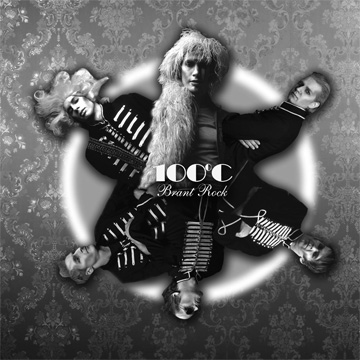 The album was named Brant Rock according to the first radio station that started broadcasting music for the public. For 100 °C this event means a parallel to their efforts. Brant Rock enables them to release music that has been orginating for more than two years in the studio.

The first thousand fans who wish to purchase Brant Rock will have the opportunity to get the album in the limited edition, i.e. together with another CD, containing remix of the band’s older compositions. The transformation of 100 °C’s music was carried out by Philip TBC, Slovak Veeneer and Nierika, DJ Chris Sadler, Michal Dytrich (Hypnotix), Gregory Finn (Southpaw), Petr Míkovec, Honza Horáček (Space Junkie), Al-Lesh (Al Yaman), Ecson Waldes, Kubatko with JoS and Brooklyn, Idea and Phatte, but also Hong Kong drum and bass DJ Wash. 100 °C aimed at achieving the best possible diversity of genres on the supplementary CD of Brant Rock. Thus, you will hear compositions influenced by electro, hip-hop, reggae, breakbeat and other genres.

Besides renowned names the band decided to give opportunity to young talented musicians. Therefore it announced the competition “Remix 100 °C”, which was entered by two dozens young producers. 100 °C chose and awarded Peejay, so far unknown computer composer. He assumed the remix of the composition From Base to Travel. As a reward, Peejay got a luxurious stay in a four-star hotel in the hometown of 100 °C, Mariánské Lázně.

In March, 100 °C recorded a videoclip to accompany the pilot single Cream. Here, 100 °C play as enchanted musicians in the premises of the Kynžvart chateau. The clip may be classified as a modern fairytale with elements of expressionism. The frontman Joshua assumed the role of a man enchanted by a magic power of the lady of the chateau, who together with her servants “tamed” the whole band. In this clip, 100 °C showed the new concert image for the first time.

The visual conception of the album was taken care of by Ondřej Urbanec. “We tried to link historical elements from 18th and 19th centuries with the present time and to create a unique style," said the artist about the appearance of the cover and other visual materials.

Play all tracks
Buy this release on: